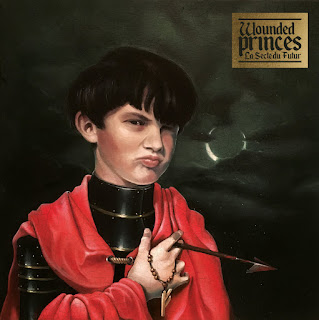 Planet B
Planet B 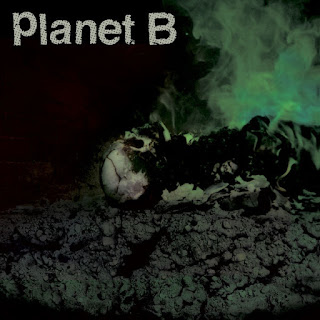 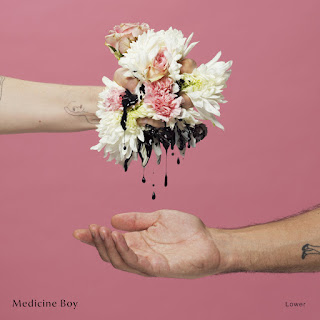 Watching you live, there is an incredible synergy between the two of you – you are both music soul mates; how did this relationship start?
Lucy:
“Thank you so much. That’s very lovely to hear. We met through music – so I suppose it makes sense. That has always been the centre of our relationship.”
How would you describe your sound to someone who hasn’t ever heard you?
Lucy:
“We call it dream noise. Somewhere between meditation and madness. Screaming guitar and gentle drones.”
Take me through ‘Kinda Like Electricity’ – this was everyone’s introduction to you; what was your intention, the idea for the album, etc?
Lucy:

“I think the only safe answer to that lies within the album. At some point the songs and sound are a force unto their own and the only thing you can do is let them be. Being brave (and vulnerable) enough to do that was our clearest intention behind ‘Kinda Like Electricity’. And I think it comes through in the music. It’s a strange sort of document of that time in our lives.”
Which song of yours defines Medicine boy at the moment and why?
Lucy:
“Well we’ve actually just finished recording our new album so there’s a whole lot of new sides to the story that are itching to be revealed. In terms of our older material, I would say ‘Lashes’ is one of the songs that best shows the full spectrum of the band’s personality. We wrote it together and I think it managed to capture something quite close to the both of us. It’s difficult to say why exactly, but it’s something we feel when we play it live.”
Your live performance is an extended element of your music – how do you plan your live shows (if you do) to fit within the whole sound/brand/ look… of Medicine Boy
Lucy:
“All of these sorts of things develop quite organically, and shift as we move and continue to make. The live show gets kind of wild, sonically. The instruments have a chance to bite and break and bend in a way that is not always appropriate for a recording. We enjoy that very much. It brings us (and the songs) new energy.”
You both also play in ‘Lucy Kruger and the Lost Boys’ – how are the two outfits different and how does the song writing differ?
Lucy:
“Again, this is something that occurs quite naturally. Like the difference in your mood in the morning and the evening. It is not something you separate through conscious effort, but rather by instinct. Sometimes a song could be given to either project and either slowly reveals itself to be one or the other – or is thrown in the deep end of new sonic territory. What started off on an acoustic guitar might find itself through a grinding base line.”
Stuck on a desert island – which album would you take with you (to listen to forever)?
Lucy:
“I’m sure words would make me far too nostalgic. It would have to be something instrumental. Perhaps a Nick Cave and Warren Ellis score.”
Going forward – plans, etc?
Lucy:
“We’re about to embark on a spring tour which will end off at Oppikoppi.
Our next big show after that will be at Endless Daze Festival taking place on the West Coast between the 3rd to the 5th of November.
Then we’re going to finish off our new album and start thinking about doing a bit of travelling with that.”
Line Up :
Lucy Kruger
Andre Leo

Emission 218 by Touslescanards on Mixcloud